Notaviva Vineyards was conceived September 28, 2002 by the husband and wife team of Stephen and Shannon Mackey. Stephen and Shannon were brought together by their love of music, which prompted early careers in professional audio and emerging media technologies.

They first met at the 1993 Miami-Dade County Fair & Exposition in Miami, FL. The Fair, one of the largest in the country attracting nearly one million visitors each year, operates for two and a half weeks in March/April, and produces several shows in different entertainment venues. The Fair recruits students to work as technicians for the shows from the University of Miami School of Music - Stephen had graduated the previous May and Shannon was a freshman, both majoring in Music Engineering Technology. The chemistry was instantaneous, but the timing not quite right.

Stephen embarked upon a career in professional audio, with a primary focus on live sound. His hectic touring schedule took him to 41 countries on 6 continents, as well as all 50 United States. Learn more about his life on the road. During this time Shannon finished her degree at UM and embarked upon a career in emerging media, contributing to the definition of the HDTV standard before finding her niche in technology business development with companies such as Discovery Communications, World Wrestling Entertainment and AOL.

They kept in close contact during the 1990s through a close circle of personal and professional relationships. Although they fell out of touch for several years around 1999, they were reunited at a wedding in June 2002. And the rest, as they say, is history . . .

In February 2008, Stephen and Shannon founded Mesh Omnimedia to enable enterprises to leverage the power of the mesh for efficient, profitable business initiatives. They currently produce many forms of digital media from their studio high above the tasting room. View their portfolios here to learn more about Mesh Omnimedia's capabilities.

Shannon and Stephen were married at Notaviva Vineyards on June 12, 2004, in small cove they created at the edge of the forest. The wedding was attended by 360 combined family members and friends. Shannon and Stephen wished to have loved ones participate in the founding of Notaviva Vineyards, so for their registry, they created an order form whereby guests could purchase vines. Nearly half an acre of vine nursery stock came from these gifts, and the following will forever be part of their dream:

Enjoy a few pictures from our special day: 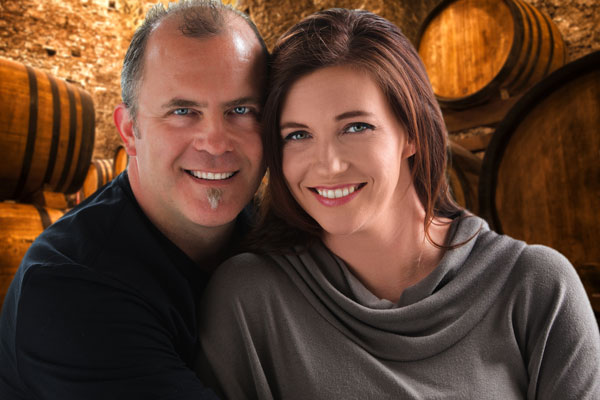 Notaviva is now a 21+ farm brewery & winery. Thanks for your understanding!

Learn more about the program here >>>

Notaviva is now a 21+ farm brewery & winery. Thanks for your understanding!